The results of the recent IARC Monographs evaluation of the carcinogenicity of opium consumption have now been published in The Lancet Oncology. This summary article presents the conclusions of IARC Monographs Meeting 126.

Opium, an addictive narcotic drug, is produced from the poppy plant, Papaver somniferum, and can be consumed as a variety of preparations, either by smoking or by ingestion. Opium derivatives (e.g. opiates such as morphine and heroin) and opioids (e.g. fentanyl) were not considered by the Working Group.

The Working Group evaluated opium consumption as carcinogenic to humans (Group 1) on the basis of sufficient evidence in humans. Opium causes cancers of the larynx, lung, and urinary bladder. 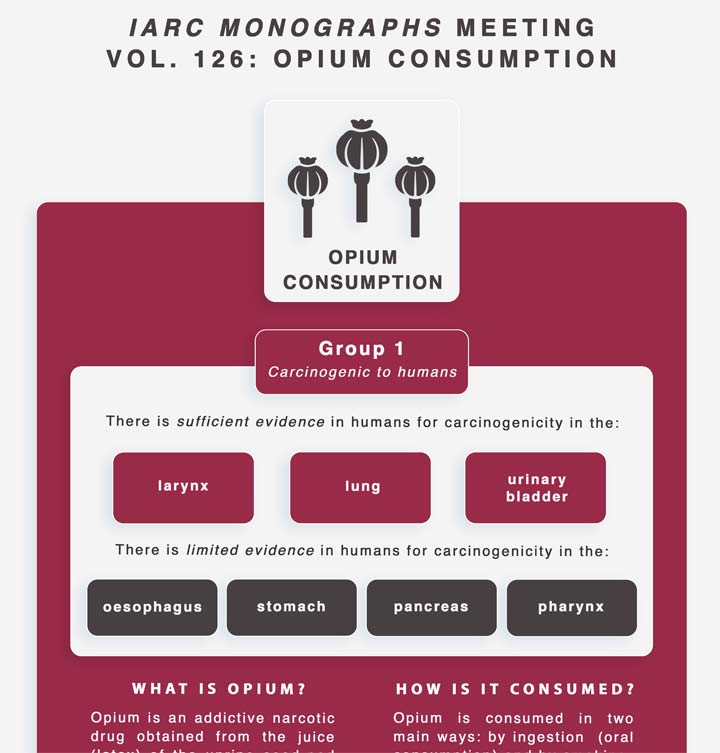