According to recent global cancer estimates from the International Agency for Research on Cancer (IARC), female breast cancer has become the most commonly diagnosed cancer type in the world: about 2.3 million women were diagnosed with breast cancer in 2020, exceeding the number of new cases of lung cancer for the first time. Breast cancer caused about 685 000 deaths in 2020; it was the most common cause of cancer death in women and the fifth most common cause of cancer death overall.

To mark World Cancer Day 2021, IARC is highlighting some of its key research projects, which provide evidence to support interventions to reduce the burden of breast cancer, raise awareness of knock-on issues caused by breast cancer, and provide recommendations on how individuals can reduce their own risk of developing this disease. 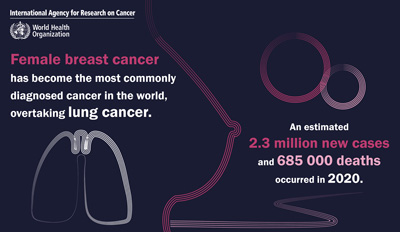 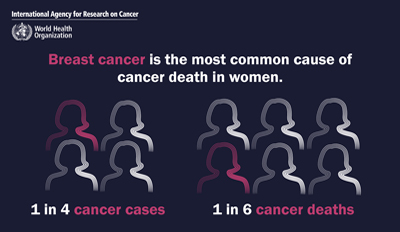 Maternal orphans: how breast cancer has impacts on the youngest generations

There are substantial disparities in survival between more-developed and less-developed countries, as well as between different social groups within countries. These disparities are due in part to reduced access to early diagnosis and timely completion of treatment.

In sub-Saharan Africa, IARC is coordinating a research project called the African Breast Cancer – Disparities in Outcomes (ABC-DO) study to investigate to what extent breast cancer survival differs between women and between countries, and why these variations occur. In this video, postdoctoral scientists Dr Milena Foerster and Dr Pauline Boucheron of the Environment and Lifestyle Epidemiology Branch at IARC describe the ABC-DO study design and what the research team hopes to achieve.

The intergenerational consequences of deaths due to breast cancer in sub-Saharan Africa appear to be substantial. These findings underline the urgent need for continued action to improve breast cancer survival in this region. 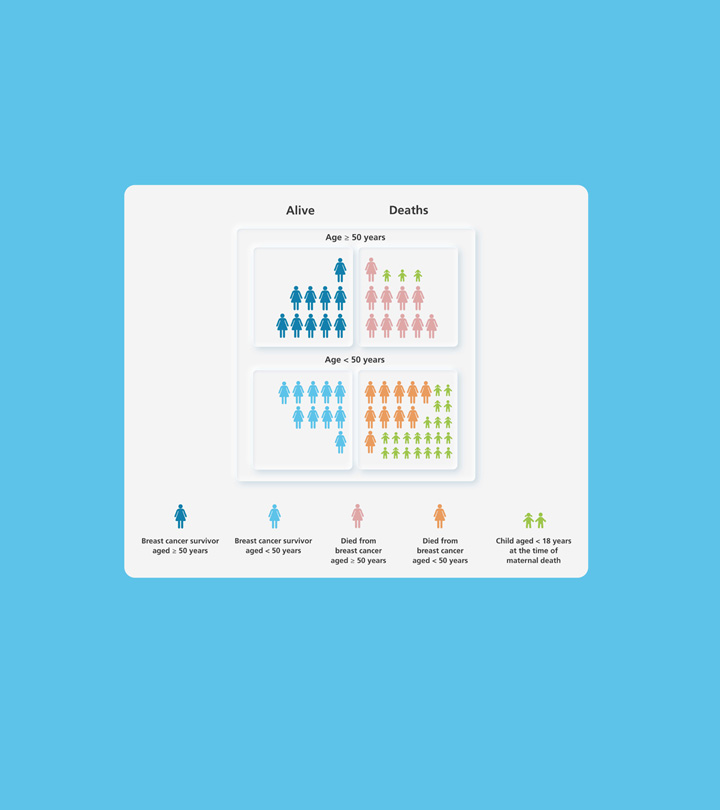 How can an individual reduce their risk of developing breast cancer?

Many factors can have an impact on breast cancer risk, including sociocultural contexts and the environment. Breast cancer is also associated with reproductive, dietary, and hormonal risk factors, and an individual’s lifestyle can increase or decrease their risk of developing breast cancer. Lifestyles typical of industrialized countries, for example postponement of childbearing and having fewer children, as well as greater levels of excess body weight and physical inactivity, increase the risk of developing breast cancer.

IARC coordinates the European Prospective Investigation into Cancer and Nutrition (EPIC). EPIC is one of the largest cohort studies in the world, with more than half a million participants recruited in 10 European countries. Some participants have been followed up for more than 25 years. EPIC was designed to investigate the relationships between different lifestyle and environmental factors and the incidence of cancer.

Data gathered though the EPIC study provide evidence to support recommendations that can help individuals reduce their risk of breast cancer and other cancer types. In these videos, scientists from the Nutrition and Metabolism Branch at IARC present summaries of the current recommendations related to lifestyle factors and cancer risk, and describe some other IARC research projects that aim to increase our understanding of the links between lifestyle factors and cancer risk.

Ms Manon Cairat on nutrition and the risk of breast cancer

Behaviours to adopt to reduce your risk of breast cancer