During October, the International Agency for Research on Cancer (IARC) will mark Breast Cancer Awareness Month 2021 with a series of videos, tweets, and infographics focusing on the Agency’s work to understand and tackle the global burden of breast cancer.
Read more About breast cancer 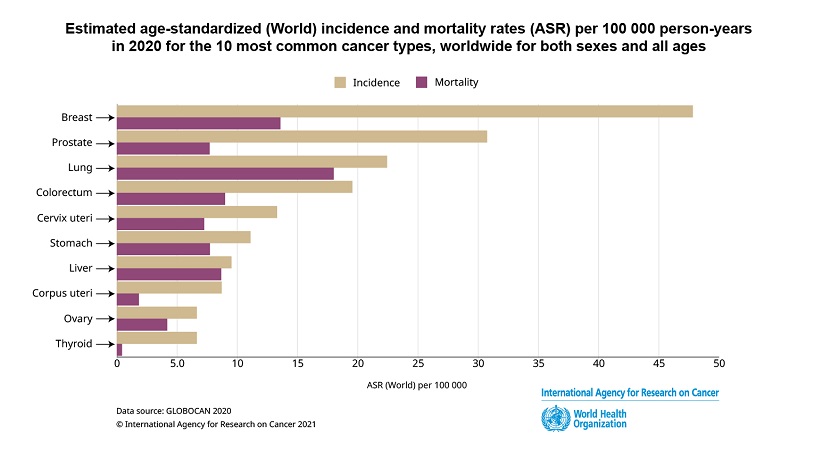 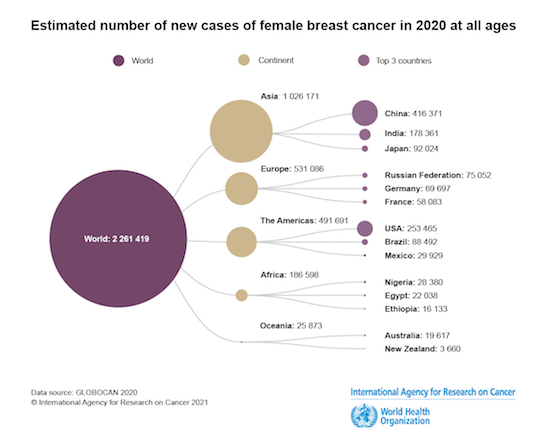 This situation is projected to get worse. IARC estimates that by 2040 the incidence of breast cancer will increase by more than one third, to more than 3 million new cases per year, and breast cancer mortality will increase by more than one half, to more than 1 million deaths per year. These increases will be driven mostly by demographic factors as populations age and lifestyle factors change, particularly in low- and middle-income countries.

IARC is working to limit the increases in breast cancer incidence and mortality and is part of the World Health Organization’s Global Breast Cancer Initiative, which aims to improve access to breast cancer early diagnosis and prompt comprehensive breast cancer management. 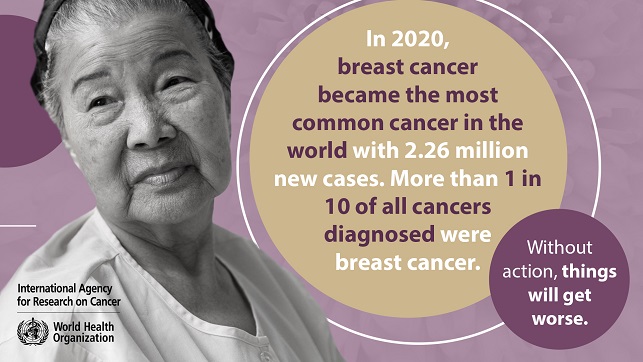 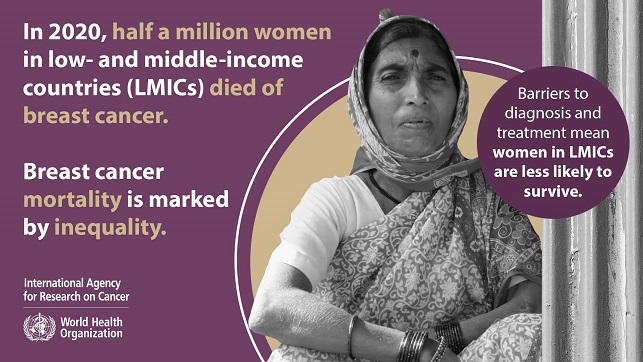 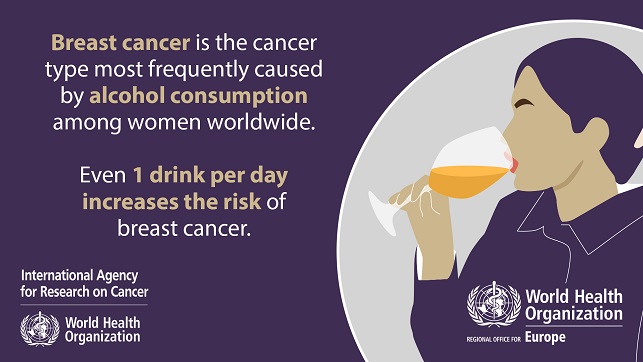