World Hepatitis Day is observed on 28 July every year, to raise global awareness of hepatitis.

The World Health Organization (WHO) Global Hepatitis Programme aims to eliminate viral hepatitis as a public health threat by 2030. Elimination of viral hepatitis is defined as achieving a 90% reduction in new chronic infections and a 65% reduction in mortality, compared with the 2015 baseline.

The International Agency for Research on Cancer (IARC) supports the WHO Global Hepatitis Programme and strives to measure how infections with hepatitis viruses contribute to the worldwide burden of liver cancer and liver cirrhosis, by using the vast set of data collected through cancer registry networks worldwide.

In an interview to mark World Hepatitis Day, Dr Catherine de Martel, a scientist in the Infections and Cancer Epidemiology Group at IARC, provides an overview of IARC’s research activities in the field of hepatitis and cancer, and explains how this work helps in setting priorities for prevention. 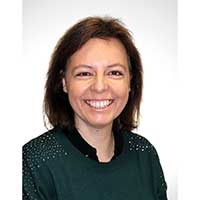 1. Why is IARC collaborating with the WHO Global Hepatitis Programme?

The first-ever Global Hepatitis Report was published in 2017 by the World Health Organization (WHO). It indicated that in 2015, 1.34 million people died from the consequences of viral hepatitis infection worldwide. More than 90% of this burden was due to cirrhosis and hepatocellular carcinoma (HCC), which are the sequelae of infections with hepatitis B virus (HBV) and hepatitis C virus (HCV).

In May 2016, the World Health Assembly called for the elimination of viral hepatitis as a public health threat by 2030. Elimination of viral hepatitis is defined as achieving a 90% reduction in new chronic infections and a 65% reduction in mortality, compared with the 2015 baseline. However, mortality from HBV and HCV varies greatly around the world and is difficult to monitor. This is precisely where IARC’s expertise is needed.

2. How is IARC taking part in this initiative?

The first step was to participate in several meetings as technical experts (such as the Technical Consultation on Modelling of Hepatitis B, in London in 2018, and the WHO Global Partners’ Meeting on Hepatitis Elimination, in Geneva in 2019) to better understand the issues and the research needs. Then, through monthly meetings, the WHO Global Hepatitis Programme and IARC started to develop a common WHO–IARC vision on mortality monitoring, through the use of cancer registries, systematic reviews of the literature, and the development of a standardized study protocol to measure HBV- and HCV-attributable fractions of cirrhosis and HCC, in clinical centres of excellence.

3. What are the results so far?

In 2015, IARC produced a meta-analysis of the fractions of HCC attributable to HBV and HCV (de Martel et al., 2015). This was followed by a global estimation of the burden of HCC due to HBV and HCV, using statistical modelling to extrapolate empirical data to countries without prevalence data (Maucort-Boulch et al., 2018). IARC also developed a method to estimate the proportion of HCC in primary liver cancer from GLOBOCAN data, which was used to produce the 2018 estimates (de Martel et al., 2020).

At the country level, IARC and WHO jointly participated in an impact assessment mission towards validation of hepatitis elimination in Egypt, in October 2019.

More globally, IARC engaged with a number of partners, such as the European Centre for Disease Prevention and Control (ECDC), and initiated a joint WHO–IARC interface towards a win–win collaboration with the Institute for Health Metrics and Evaluation (IHME), which produces the Global Burden of Disease annually.

In June 2020, IARC scientists attended the first meeting on “Defining a WHO process to validate elimination of viral hepatitis as a public health threat”, as part of the WHO secretariat.

4. There is a promising new study on the prevalence of HBV and HCV in individuals with cirrhosis. Could you tell us a bit more?

WHO–IHME estimates of mortality from viral hepatitis rely mostly on the International Classification of Diseases (ICD) codes for cirrhosis and HCC, which do not systematically report on causes. Although IARC-produced etiological fractions for HBV and HCV are now available worldwide for HCC, these fractions need to be better estimated for cirrhosis, especially the most severe form of cirrhosis (i.e. decompensated cirrhosis), which often leads to death unless the patient undergoes liver transplantation. Hence, this new systematic review and meta-analysis focuses on the fractions of compensated and decompensated cirrhosis due to HBV and HCV (as well as the fractions due to alcohol or metabolic syndromes, when this information is available).

5. Why is this important? What is the potential impact of this study?

Estimates of the proportion of cirrhosis and HCC attributable to HBV and HCV infections will enable better mapping of the global mortality of disease caused by viral hepatitis, by country and world region and over time. These estimates will help set priorities for prevention, for closer monitoring, and for further research needs. 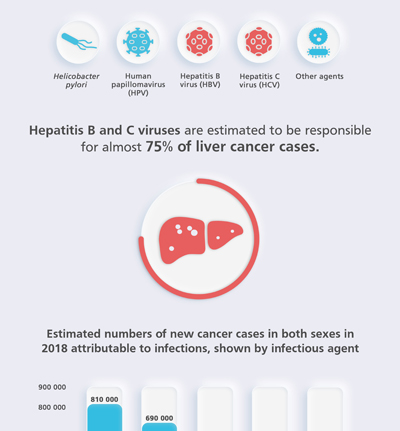